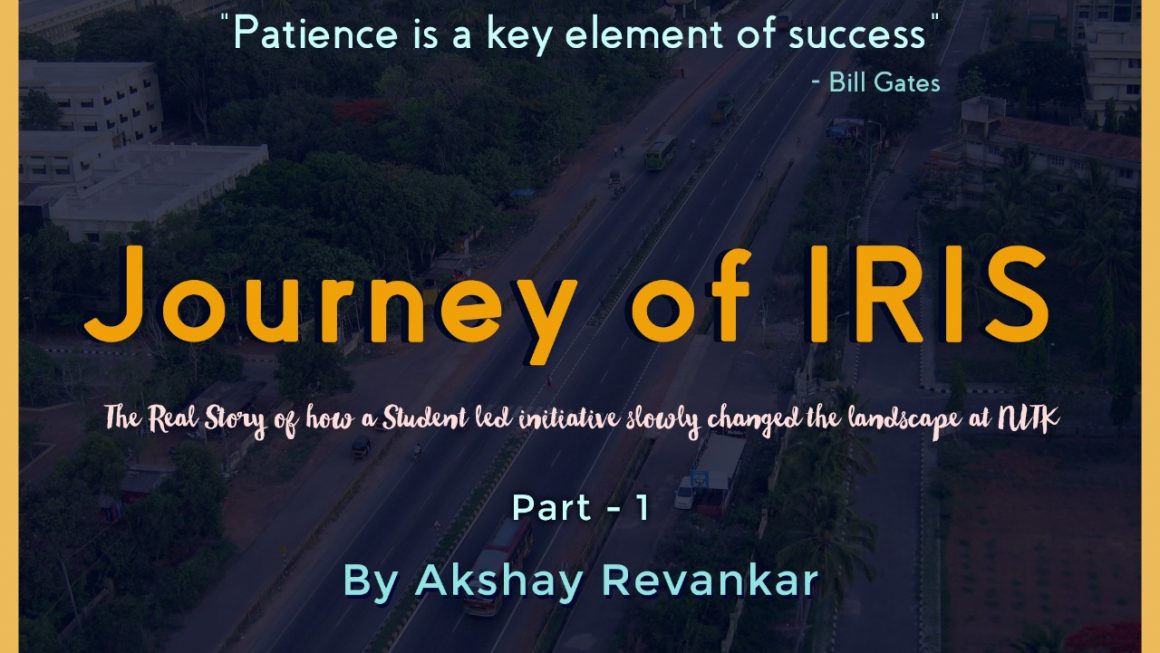 This article written by Akshay Revankar, who is 2018 Batch Alumni from the Electronics and Communication Engineering (ECE) Department talks about his journey on starting IRIS.

It was the second semester of college, and I had to lodge a complaint with the hostel office for some electrical issues. The manual process of going to the Hostel Office before it closes, given the heavy first-year class schedules, was very painstaking. It was also surprising to know that an Institute of National Importance had only a pen-and-paper based approach for every task. In my first year, the only available online system seemed to be the Placement website and a website by the then Humanities department (now called as School of Management).

Looking at this, I started off by developing an online Hostel Complaint system using Ruby on Rails (mainly because I had worked on it for two years), with minimal information management in the backend (current hostel room and basic user information). I had shown this work to quite a few batchmates and a few seniors whom I knew as a first year but had never approached any official with the idea. I had then stopped working on it for quite a while due to exams and didn’t work on it over the summer.

In my third semester, I received a call from Hardik Patel (then a 5th semester Mechanical Engineering student). He told me that Prof. K V Gangadharan (KVG Sir) wanted to discuss this project that I was working on as it coincided with his interests. He had a lot of ideas – as he puts it, crazy ideas and a vision of digitizing systems within the institute and even scale to outside the institute (which is yet to happen :)). The plan was initially not to involve Hostel Office with the Hostel Complaints system, but he wanted us to start with a more Academic-centric module. This was also a good approach as it allowed us to bring a lot of faculty members under the hood of this system.

KVG Sir proposed that we use the Moodle as a base platform on which we were to develop our module for Course Registration. I was not happy with the idea of patching our modules onto an actively developed LMS platform as it could cause a lot of rework on updates.

I decided to work on creating a system from scratch (which involved continuing the work I had done during my previous semester). KVG Sir provided us with a Virtual Machine (8GB RAM, two cores to start with) to setup the application. For the process, we started with only the Mechanical Engineering department’s course registration, as KVG Sir was the HoD of the department at that time and it was therefore easier to get things moving. I don’t know if it was the best decision, or the worst, but the department had the most complicated timetable, and the number of slots were just too many as we would have preferred with a more simple problem to solve.

We still did try to make a system which was running in development and had Mechanical students do the first course pre-registration for the 2016 Even semester. This was quite a challenge with me being the only backend developer and Hardik providing me constant support and inputs on various issues. There were times when I had to modify the code in production while people were pre-registering for the semester!

We learnt a lot of complicated cases that are possible and tried to simplify the process as much as we could. We proceeded to bring in a second department, which was the Computer Science Engineering department. The Student Council President (SCP), Anirudh Ganesh, who also belonged to the same department helped us initiate the process. It was tough, seeing most of the Computer Science department faculty members have no interest in moving to a digital system, which surprised me. But then, some of their concerns such as the continuous initiation of Online systems but no sustenance, were genuine. Yet, we proceeded with the implementation.

The biggest shocker came when we had enabled Course Registration for both the departments, and the Computer Science department announced that they would follow a First Come First Serve (FCFS) system for registration in elective courses. Well.. the server then just stopped responding!

So, we had to then cancel the course registration on STEP (as our system was earlier named, the name has now changed to ‘IRIS’ due to conflicts with an existing STEP (Science and Technology Entrepreneurs Park) within the Institute) for the Computer Science department, but we still proceeded with the Mechanical department course registration with help from Hardik and Abhilash Krishnan (then the CR of the 3rd year batch). With immense support from them throughout and me constantly pestering Abhilash :p, we finally did complete the first successful Course Registration on STEP.

I, then returned to the task of identifying the actual cause of the the server not responding. This was one of my first interactions with the CCC staff and I identified the main cause of the issue to be a NAT device which would bring traffic from the outside world to the web server. This was replaced by a new firewall soon after, and has since never given us any issues!

Some snapshots of STEP, the beginning phase of present day IRIS:

Keep watching this space to know more about the journey of IRIS at NITK.
To be continued… 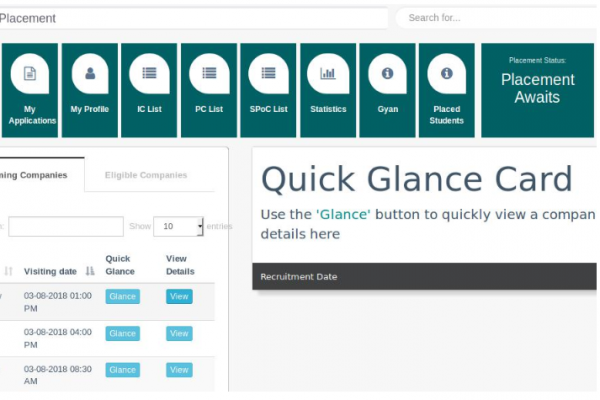 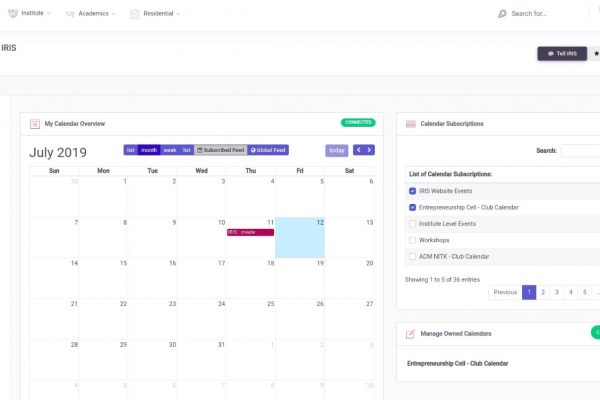 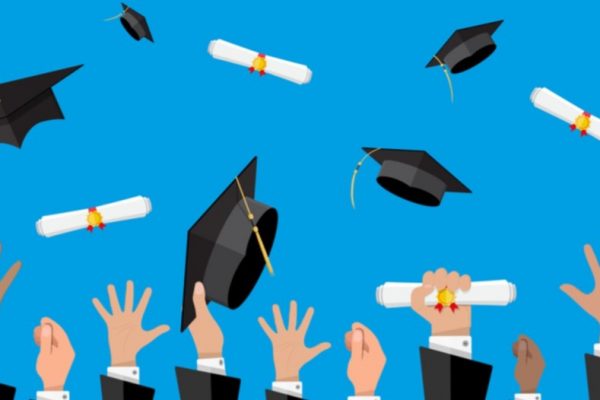 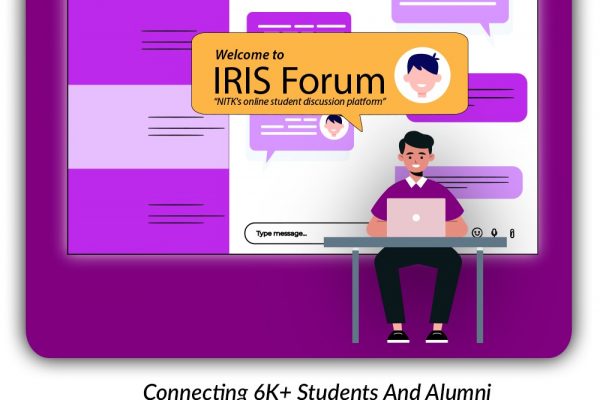